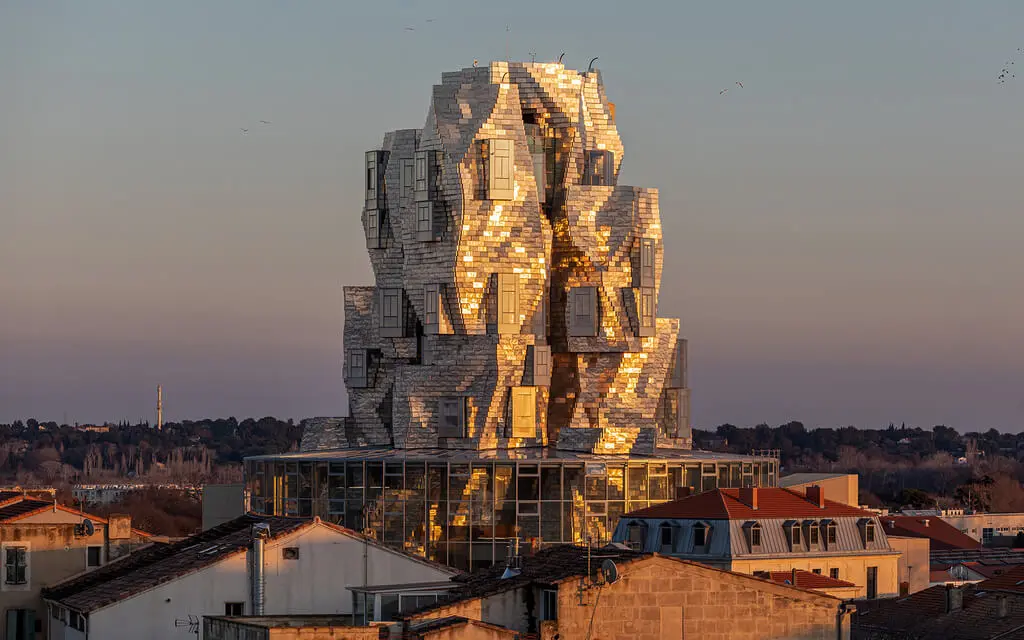 Architecture Projects that authentic works of art and that are located all over the world. Stay with us on this design and architecture trip.

This is a creation from the architects Pankaj Vir Gupta and Christine Mueller. This is a museum and visitor’s center on the side of Humayun’s Tomb. Vir Gupta had his inspiration from Medieval Northern Indian stepwells, but also Mughal traditions.

Bouse de Commerce is the luxurious museum in Paris that has exposed the Pinault Collection. Ronan and Erwan Bouroullec build this place in order to have the most and best natural light. Here we can see the strong dialogue between design and architecture, but also history and contemporary times.

Lal Bagh Palace is an architecture project that was built in the late 19th and early 20th centuries. Now, this unique place has been restored by the World Monuments fund that did a partnership with the architect Abha Narain Lambah. Right now, we consider this Palace a work of wonder.

Our list of Architectural Projects continues with this masterpiece of Kengo Kuma, Taisei Corporation, and Azusa Sekkei Co.’s. This is Japan National Stadium, built for the Olympic Games in Tokyo. It has more than two million square feet and holds 68,000 seats.

Shoei Shigematsu is the master of this project, side by side with OMA’s New York. They created a 21st-century masterpiece that glows at night. It has a trio of dynamic and diverse spaces that you will discover if you want. On the first floor, you will find a ballroom, the second floor has a unique chapel, and on the third floor, you can see the terrace.

Renzo Piano did his first project in Russia, and he transformed a 1907 station on an island in Moskva River into a cultural campus for the contemporary art-focused V-A-C Foundation. Now, this place has an exhibition and performance hall, but also workshops, classrooms, a shop, and a library. This amazing project has a true, deep connection with the city and the natural world.

Can Terra is also an important part of our Architectural Projects, because we are talking about a residence in an abandoned 19th-century sandstone mine on the Mediterranean island of Menorca. Antón García Abril and his wife Débora Mesa are the architects responsible for this project.

MUSEUM OF THE FUTURE, UASE

The Museum of the Future was designed by Shaun Killa and has a true purpose, inspiring and nurturing imagination worldwide. This is definitely an out of box project, and besides that, is one of the most complex steel façade projects.

THE ACADEMY MUSEUM OF MOTION PICTURES, US

Continuing our list of Architecture Projects, we can see here the Academy Museum of Motion Pictures. Renzo Piano is not only known for his projects, but also for his love for cinema.

Whereas the Frick’s Beaux Expressions house on Manhattan’s Upper East Side enters the ultimate two years of a remodel coordinated by AD100 architect Annabelle Selldorf, the museum’s collection of European perfect works of art has moved into a similarly notorious but maybe more nonconformist engineering showstopper adjacent, on Madison Road.

Both a craftsmanship historical center and an innovator landmark that has accomplished symbol status. Berlin’s Neue Nationalgalerie was one of master designer Mies van der Rohe’s final critical commissions. It was also the only European building he did after fleeing Germany before World War II.

The building is outlined without straight lines or right points, rehashing the geometry of the universe. And the energetic vitality of ethereal development. Its energetic frame makes an immersive involvement that places guests in coordinated engagement with natural astronomical phenomena. At 420,000 square feet, the modern galactic department of the Shanghai Science and Innovation Historical center is the biggest gallery around the world, only devoted to the study of astronomy.

Our Architecture Projects continues with this Burkina Faso-bor architect Diébedo Francis Kéré, the responsible. This information and communication school provides training and networking. Also, it can be the home of 200 young artists and entrepreneurs.

Outlined as a portion of competition supported by one of Mexico’s beat colleges, this drastically precise brickwork structure close to the U.S. border serves as a model for future open buildings aiming for helpless ranges of the country. A collaborative known as C733—composed of designers Gabriela Carrillo, Carlos Facio, Eric Valdez, Israel Espín, and José Amozurrutia—developed a scheme for a rectangular tree-planted square encompassed by 40 inward-facing sellers slows down.

As much a multifaceted, exceedingly immersive craftsmanship goal, because it could be a commercial exhibition, the most recent station of universal blue-chip merchant Hauser & Wirth, reimagines the shed of an 18th-century maritime clinic on the generally surrendered Isla del Rey, fair off the coast of the Balearic island of Menorca. Hauser & Wirth tapped Argentine-born, Paris-based designer Luis Laplace to delicately and economically carve eight open, vaporous white-washed display spaces—as well as an instruction lab, an eatery, and a shop—out of the first stone-walled, tile-roofed sea buildings.

Conceived to see like a gigantic, unstably adjusted boulder strangely dropped into a mountain valley two hours from the center of Beijing, the Chapel of Sound extends the conceivable outcomes of the concert hall. Beijing’s OPEN Design, helmed by Li Hu and Wenjing Huang, made the drastically cantilevered plan in concrete blended with neighborhood mineral-rich rocks, permitting it to mix into its environment. As a result, the building’s semi-alfresco music chambers have a primordial, cave-like quality, their openings letting in characteristic light and managing sees of the scene, which is specked with leftovers of the Extraordinary Divider.

Mexican Interior Designers - Top 10 You Must Know About

The Weeknd Bel Air Mansion - Pick Inside this Unbelievable Project