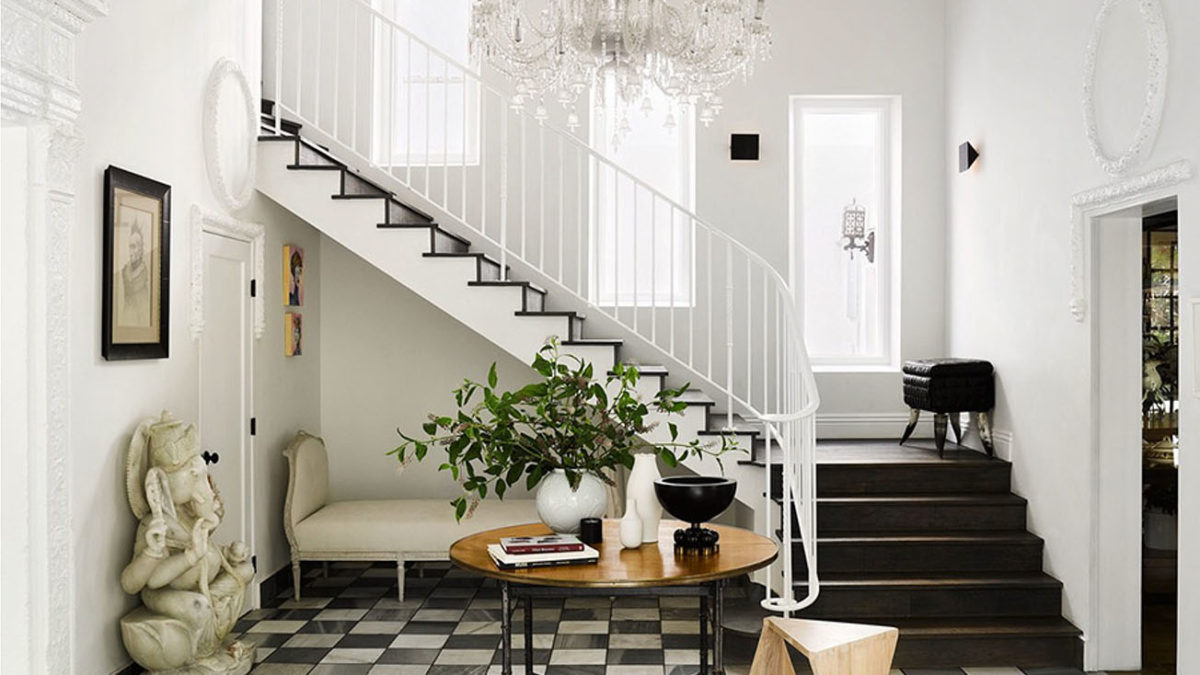 AD100 for 2022 – Most Brilliant Interior Designers and Architects Part II

AD100 for 2022, Part II! The most brilliant and talented Interior Designers and Architects are here to make a difference in the design world!

Rose Uniack continues our AD100 for 2022! She was an antiques leader and furniture restore before she becoming an interior designer. Her main clients are Peter Morgan, Jo Malone, David Beckham and Victoria, and for them, she make custom-made furniture and unique design spaces.

Brigette Romanek has a unique interior design, “Elegant eclecticism with a dash of playfulness and something unexpected”. Her first project was for a friend, Kelly Sawyer Patricof, and her Malibu home and from that moment she never stopped. Recently, she created a furniture collection with Mitchell Gold + Bob Williams.

Robin Stander and Stephen Alesch created their studio in 2002 and its located in Manhattan. They did the interior design for the homes of Ben Stiller and Gwyneth Paltrow, but they also do hospitality projects for the Ace and Freehand hotel groups.

Robert Stilin is also an important part of our AD100 for 2022 and he really knows design history. Stilin brings that broad plan information and observing taste for craftsmanship to his clients, for whom he makes comfortable, bearable homes that radiate warmth.

Miles Redd and David Kaihoi have been partners for the past decade and their designs and unique taste matches perfectly. So, Redd’s quirky aesthetic and Kaihoi’s art-influenced make all the difference in their projects.

Frances Merrill is the principal of Reath Design and she says that  “The ultimate goal of every project is to tell the unique story of the people who inhabit the space,”. She aims for personality, elegance and warmth in all of her projects.

Rafael founded his company in 2006 and he is known for creating atmospheric spaces, both commercial and residential. For example, the Kenzo Boutique in Seoul or the Baccarat flagship in New York.

AD100 for 2022 continues with Pierre Yovanovitch, who found his studio in Paris in 2001. His work in one sentence: “I often work on 17th- and 18th-century houses, but I believe they must live in our time,”. He also loves furniture, so he created his own brands, the Pierre Yovanovitch Mobilier.

Louisa Pierce and Emily Ward have worked with very famous people, for example, Dakota Johnson or Leonardo DiCaprio. They always create eclectic spaces with unique art. “Our goal when we design a home is to make it appear as though the person has lived there for a long time,”.

Peter Pennoyer is a famous architect known for his work in Fifth Avenue maisonette in New York City. But also, the preservation nonprofit Historic Hudson Valley.

Patrick Mele stands up for ““Buy what you love. Look to the past, not to trends. Take risks, and have fun along the way.” His clients love his way of seeing interior design, but also the way he use the colors. Mele brings his happy touch to residential projects that include a family home in Connecticut, a stone-and-shingle barn in the Hudson Valley, and a 1950s home in Palm Springs.

“Beauty is discovered through the interrogation of possibility.” Established by Rem Koolhaas in 1975, the firm remains one of the greatest control players within the industry and has stations all over the world. An Architecture Studio to keep in mind!

His signature approach—a blend of freewheeling inventiveness and insightful historicism—has been connected to a confounding cluster of homes for Hollywood. For example, the media magnate Arianna Huffington, United Talent Agency co-founder Jim Berkus, and performing artist Albert Brooks and his spouse, Kimberly.

Olson Kundig firm has began in 1967 and more than thirty years after the firm arrived on the architecture scene, the principals expanded their practice to include interior design. They did an amazing renovation to the Iconic Space Needle in the heart of Seattle and they also designed cool coastal homes in Mexico and beyond.

The interior designer Nicole Hollis design rooms that are  “all about form, light, and shadow.” . Her latest projects are in Nantucket, Massachusetts; Hawaii; Los Angeles; San Francisco; Jackson Hole, Colorado; and Mexico. She also collaborated with McGuire & Phoenix Day. See it all in her latest monograph, Nicole Hollis: Curated Interiors (Rizzoli).

Nate Berkus doesn’t need presentations, he is the most googled Interior Designer in the country, so that says a lot. Besides the interior design, he is also a TV Star! In his curriculum we can count with numerous product lines, from a bed and bath collection for Target, to furniture  for Living Spaces, to fabrics for Kravet.

Everyone wants to have Elton John as client, and Monique Gibson did it. She is now working and living in New York City. Her main clients are Meg Ryan, John Mellencamp and Jon Bon Jovi. “My life is about having relationships with people who trust me to tell their story,”.

AD100 for 2022 gets richer and richer in interior design and architecture, now with Miranda Brooks and her outstanding landscape projects. “To work with the land and nature with a deep understanding of and sympathy to its character; connect the architecture to the natural world; create a strong sense of place,”, she says.

Michelle Nussbaumer has always worked for her self and all of her works are a success. Her latest projects range from a hacienda in San Antonio to a Georgian house in England’s Cotswolds to a neo-Mayan residence in her home town. She’s also did her magic on Clarence House fabrics, Addison Weeks hardware, and Exquisite Surfaces tile.

“The great thing about travel is that the memories stay with you forever, so they’re a constant source of inspiration for me,” Martyn says. You can see Lawrence interior design in the homes of Kendall Jenner and Alessandra Ambrosia, and they are only two examples.

“Context, culture, and the client—the end result needs to be a response to how they want to live.” , that’s what Martin stands up for! Besides that, he says that “We treat every project as a collaboration, ensuring we don’t enforce a house style,”. What else can we say? He is an amazing interior designer!

Marmol Radziner is also included in our AD100 for 2022, a interior design firm that has as its clients names like Tom Ford and Julia Louis-Dreyfus. They also have their own jewellery line. In 2019, Princeton Architectural Press published Site: Marmol Radziner in the Landscape, highlighting the firm’s mastery of site-specific indoor-outdoor design.

The Modern York–based creator, who worked with Mark Hampton before he had his firm in 1997, is as at ease working with conventional Chinese designs as he is with cutting-edge modern craftsmanship. His main projects include ski chalets and urban penthouses.

“I am not one of those people who are desperate to be original for originality’s sake, but I do like every elevation to be composed, every room to have some kind of intention.” according with Alexa, the designer’s daughter who follow his path. Hamptons Firm does “timeless interiors with attention down to the very last detail.”

To conclude our second article of AD100 for 2022, we have Mark D. Sikes from Los Angeles. Some of his projects include homes from Nashville to Napa, as well as product lines. Besides that, he did a second collection for Hudson Valley Lighting and Chaddock furniture. Also, a suite at the Colony Hotel and an outdoor line for Troy.

AD TOP 100 – The Interior Designers You Need To Know: Part I

Must-haves To Freshen Up Your Spring-Summer Dining Table