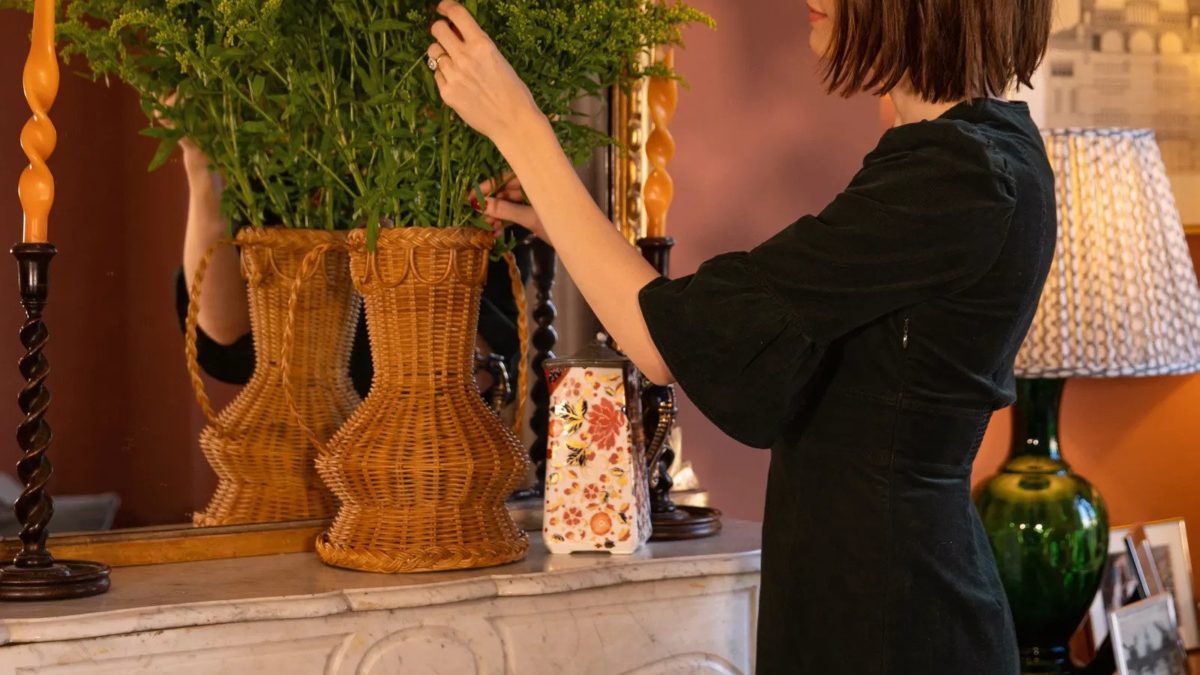 How to Add Some English Countryside Touch To Your Home

In this article, Louise Roe, the London-based fashion journalist and broadcaster, shows how to get the countryside look wherever you live at.

After spending 11 years in Los Angeles, the fashion journalist and broadcaster Louise Roe had the English countryside on her mind. She was aiming to return to her native Britain, where she and her husband accomplished their longtime dream of living in one of the countryside place settings the country is known for.

Louise and her husband put a lot of love and effort to renovate the property, adding fireplaces where they would previously be excised, repairing the original floorboards, and decorating supporting themself on what the designer named as ” traditionally English” style.

As people began to transit from major cities like London during the Covid-19 pandemic situation, Louise and her husband saw the opportunity to sell their property and look for an urban abode. They noticed the country wasn’t for them and took advantage of the huge interest to move out of the city during the pandemic and sold quickly their house and immediately began their search to move to the city again.

What they found created a love and prejudice type of spark, a Victorian-era townhouse in a quiet neighborhood of London. The place fulfilled every box of what they were looking for: Size, location, and natural light. Besides that, the house hadn’t been touched for 30 years, and, as so, it had no shortage of original period features that fitted with no difficulty into Roe’s English-inspired aesthetic.

The designer used everything but modern and minimal decoration and even though they left the countryside, the countryside didn’t leave them as the house presents a lot of this type of farm influences as a way of expressing her love for the English countryside-inspired interiors to a metropolitan home.

On this design, the designer reused and repurposed family heirlooms and decor as a resource to achieve this English countryside aesthetic. For instance, she was always raiding her parentss’ house, where they nabbed old black and white photos and candlesticks which inspired her as it has been in her family for years and now is part of her townhouse.

She spent all year in the countryside although, Louise has recently invested in new furniture, textiles, and curtains, all of which she repurposed in London but bringing similar farm vibes.

Slanted ceilings in the guest room appeared to be a challenge with the window coverings. The designer revamped her curtains from the previous house, from Soane Britain in the fronds pattern, by working with a curtain expert Kath Groves to create a tie back inspired by ruffled ball gowns from the 80s.

This design made her go outside of her bubble and she confessed that there was no way to replace the things in the house and she would rather adapt because she wasn’t tired of it yet.

Recently, Roe launched her own handmade homeware and accessories brand Sharland England, and one of her favorite pieces appears to be a slim console table designed to either work as a cocktail/bar cart or stand in an entryway.

Crafted and originally made from the natural rattan with a scalloped hem, the table showcases her collection of liquor, along with mini cans of tonic, a basket of limes, and a Pooky lamp with a Fermoie shade.

The table gives is a piece of the party of the city with a country vibes effect even if you’re not having a cocktail it reminds them of the importance to relax and enjoy the moment as Friday night is almost there.

She loved it so much that invested in a second bat cart, a scalloped wooden antique she filled with colorful cans and artwork. One is too little, two is ok and is never too much.

Embrace books on the decor

The English countryside style is described by the designer as “lived-in but not messy”. To achieve this goal, Roe layered in an array of well-loved books and novels from the university literature days, ones with bent corners and lines down to the spine.

She believes the books add such a lovely warmth and texture to the room. Personally, she adds some books she adds books that she has been reading rather than anything too new or perfect to add some “bookworm” as she describes herself.

In the snug, Louise added floor-to-ceiling bookshelves on either side of the vintage fireplace. She placed sconce lightning within the shelving to create a naturally light space inspired by SoHo House properties. The designer confesses to love what electricians hate and express that she considers important to light the room at the lower level.

Let there be light

Speaking of lightning, Louise believes that low lighting is the key to achieving that English-countryside style on the decor. In the townhouse, Roe removed any overhead lightning, replacing all the lamps and sconces on a dimmer, of course making the whole environment cozier and easier to control the ambiance.

The designer relied on richly hued and highly pigmented paints to achieve the style of the English countryside. For it, think warm shades and darker tones that look period-appropriate and adapt them to the lived-in sense of place.

Don’t be afraid to add an antique

Adding some brown furniture is a way of doing it as the brings a sense of nostalgia to the room but not in a Downtown Abbey kind of way. More like an old-new way. The designer recommends placing antiques next to warm tones or pretty prints to bring well-worn styles into the current century.

Sharland England is named honoring Roe’s great-grandmother, from whom Roe inherited her love for rattan furniture. The designer explains a bit of the history as an inspiration for her Buenos Aires legacy in which the warmer tones were present as the rattan furniture. She also tells that her great grandmother was known for hosting amazing parties and always had her pudding first, a spirit that she embraced and added to this design.

To pay homage, Roe used primarily rattan and wicker in the debut Sharland England collection of furnishings, accessories, and decor. For the artist, natural materials make her feel collected and lived-in while reminding her of the countryside vibes she was aiming for.

Louise found a vintage Welsh dresser at an antique shop through LoveAntiques.com, added her personal style with hooks for hanging mugs and jugs, and after that, filled it to the brim with her favorite accessories from different brands such as Ginori 1735, Popolo, Carolina Irving, Burleigh Pottery, and more.

More than that, the designer confesses her love to collect shoes and now plates. Displaying these objects adds colors and texture which she loves to showcase and represent different pieces of different eras that might vary the price from 5$ to over 300$. For her, this is the beauty of mixing – a technique that she loves to do on her designs in other to turn them unique.

Add an extra layer with a rug

On the English countryside homes almost never can be seen a brand new rug instead, they’re almost threadbare and, as so, reuse the vintage rugs, favoring Turkish vendors that ship for free, and then layer it over a made-to-look-original wooden floor throughout the home.

Mix, match and be happy

In English-inspired interior decoration, mixing and matching prints, patterns, and colors is crucial. To achieve the aimed look, she first decided the color palette, and then made sure to choose carefully each element to fit within the space. The extra care of the colors and patterns is important to guarantee that nothing clashes and works beautifully together.

These were the ideas that the designer implement in her design to bring a more English countryside inspiration to the decoration that any of us anywhere can implement to bring far, to the city.

INSIDE THESE BEAUTIFUL BLACK CELEBRITY HOUSES

2 min read
Get the Look

Black and White Shapes-Two-Color Combination That Makes a Difference