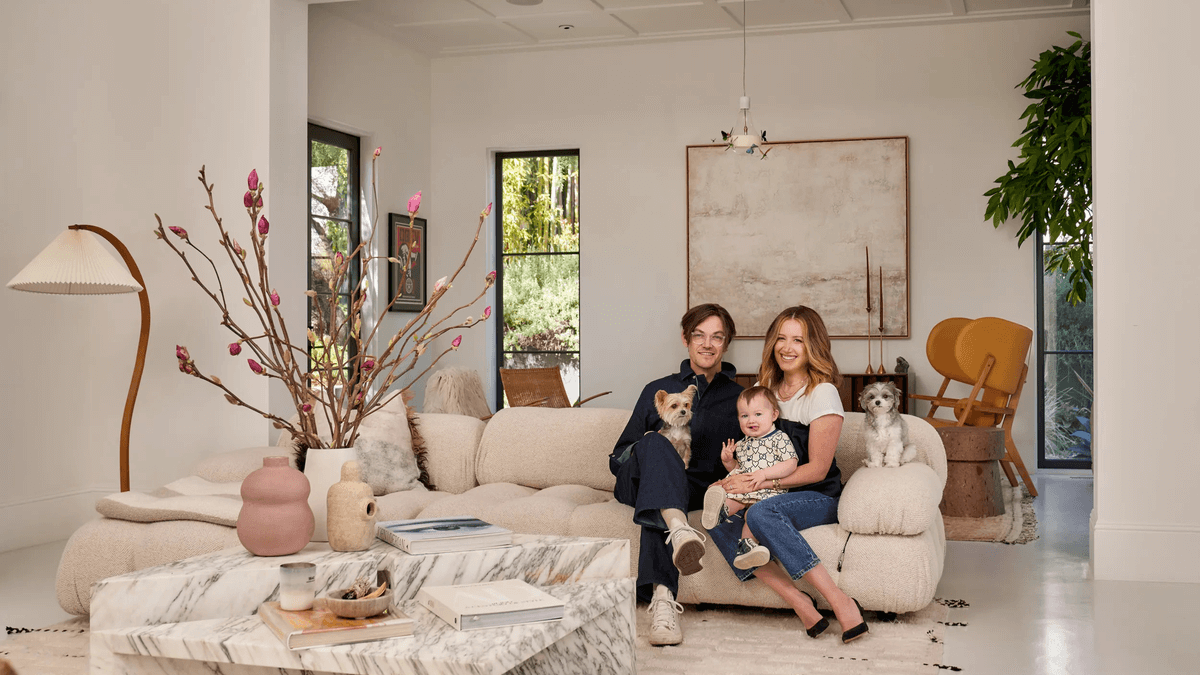 Ashley Tisdale and her composer husband, Christopher French, decided to move into their LA home when she was around 7 months pregnant.

The well-known High School Musical star started her design journey in their family home. She was well prepared because she launched her design project, Frenshe Interiors, last year. She worked alongside Jake Arnold and Pierce & Ward on her past projects. Additionally, the star enrolled in Kelly Wearstler Masterclass.

However, Ashley Tisdale never designed a home all by herself. Nevertheless, she felt prepared after renovating the kitchen of her past house with her father´s help.

Aside from the fact that the family home in LA was move-in ready, another factor that attracted Ashley was the beautiful landscape. The High School Music star shares that the pandemic influenced her design process. All the buying process was mainly through Instagram.

The living room was where the first piece that Ashley Tisdale chose went. To complete, she added some harmonic pieces, such as a  beautiful marble coffee table with two cowhide chairs. Still, in the same place, we can see a unique mustard-colored Adamastor lounge chair by Branca.

In her dining room area, she was entirely sure that she wanted to use an Apparatus chandelier to have a starting point.

Moving Forward, the kitchen was already renovated by its past owners. However, Ashley still added some stools. The star shares that she liked the kitchen because it didn´t look like one.

A movie room was essential for the couple in their new family home because they didn´t want to go to the theatre.

Coming into the rooms, the primary room has a minimalist ambient with a beautiful neutral bed paired with Ceramicah lamps. Plus, two floating side tables and a trunk to add a luxury touch to the bedroom.

When Ashley revealed her baby nursery on Instragam, the room was minimalist, with white being the predominant color. However, since her baby, Jupiter, was born, she changed all the room decor. She painted the walls dark green and incorporated a pink rug to give a funky vibe.

Would the star work with herself again? She shares that he would, but now she wants to enjoy the family home that she designed.

A Mansion Full Of Luxury By Michelle Gerson In Long Island

Inside a Richly Detailed House With a Much-loved Garden

5 Timeless Design Projects from 90 years ago