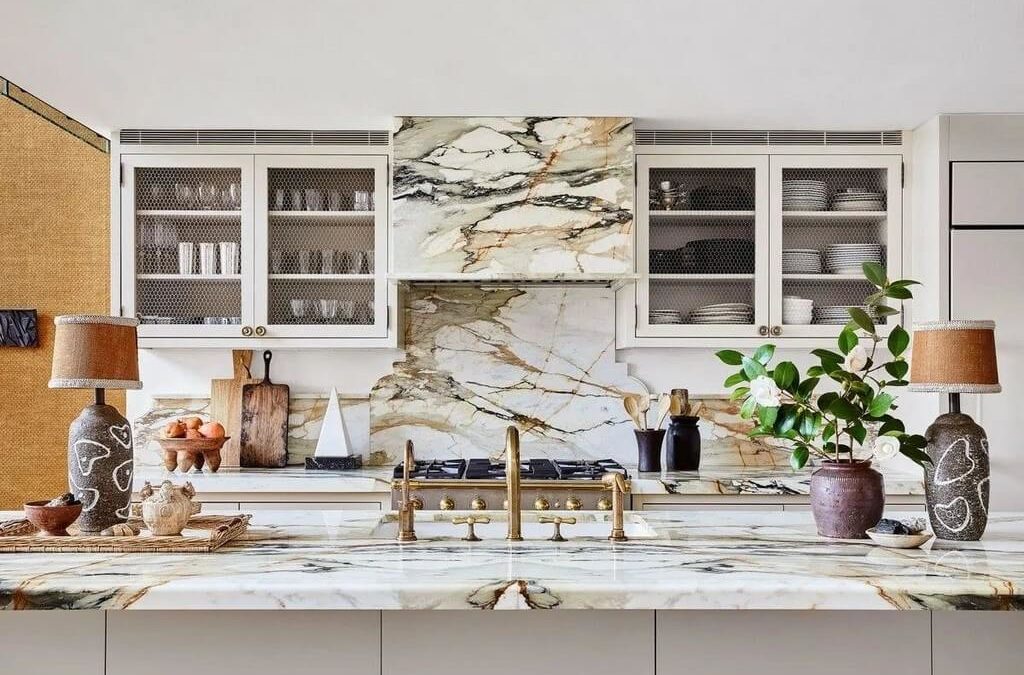 Interior Designers that are most known these days, here you can discover them all! Most famous interior designers have spent years working with clients, developing product lines, and building their brands. Get ready to know a little bit more about them!

Michael S. Smith’s sophisticated projects have been gracing the covers of design magazines for nearly three decades. With a client list that includes power players in every space, from politics to media, to entertainment. The California native and author of five books blends classic and modern in his interiors and product lines. His Jasper collection, which is featured in showrooms worldwide, includes wallpaper, fabrics, furniture, and lighting.

After spending 20 years shaping the aesthetic of Soho House, designer Vicky Charles hit out on her own in 2016, founding Charles & Co. with partner Julia Corden.

In just three years, the firm has already developed a client list of power couples from both sides of the Atlantic. That includes David and Victoria Beckham, George and Amal Clooney, and Ashton Kutcher, and Mila Kunis.

When he founded his design studio and store, Aero, in 1992, Thomas O’Brien helped bring warmth to the day’s stark modern style. His shop, which moved from its longtime home in SoHo to the New York Design Center in 2016, is a favorite of tasteful shoppers, including fellow designers. The author of three books, O’Brien is a prolific product designer with collections at Century Furniture, Waterworks, Visual Comfort. But also Patterson Flynn Martin, Reed and Barton, and Groundworks.

Distinguished French interior designer Jacques Grange has been crafting memorable spaces since the 1970s. Throughout the years, he has designed a powerful cross-section of influencers, including Yves Saint Laurent and Valentino. But also, Princess Caroline of Monaco, and François Pinault. On the commercial side, he has crafted the elegant interiors of hotels such as the Mark in New York. But besides this one, it also has Francis Ford Coppola’s Palazzo Margherita, Hotel Mamá, and Cheval Blanc.

Thom Filicia became a household name as the design expert on Queer Eye for the Straight Guy in the aughts. Since then, he has continued to bring his polished style to the masses through his books, collaborations with brands. And his latest Bravo TV show starring Carson Kressley, Get a Room with Carson & Thom. He also has his line of furnishings, fabrics, and accessories, which can be found at Sedgwick & Brattle. This is his to-the-trade showroom in the New York Design Center.

British-born Kathryn M. Ireland started as an actress, a fashion designer, and a filmmaker. However, her most successful role by far has been that of interior and fabric designer. Her globally inspired fabrics are found in showrooms worldwide, and her client list includes Steve Martin, Julia Louis-Dreyfus, and David Mamet. The Los Angeles–based designer has also written six books and appeared on Bravo’s Million Dollar Decorators. In 2018, she launched The Perfect Room, an online design platform featuring shoppable rooms and other top designers.

Belgian designer and dealer Axel Vervoordt took on his first design project to restore 11 medieval houses in Antwerp. Since then, he is known for his minimalist interiors and expert eye for art and antiques. His timeless yet modern style has attracted many famous clients, including Kim Kardashian and Kanye West, Robert De Niro, and Calvin Klein.

Chicago-based designer Tiffany Brooks started her high-end residential property management and staging career but went all-in on interior design in 2007. In 2013, she won season eight of HGTV Design Star, and she has been a fixture on the network ever since. She was named to the Black Interior Designers Network’s African American Top 20 Interior Designers list. When she is not designing network-affiliated projects, she works with her slew of high-profile clients.

Described by The New Yorker as a “virtuoso of color” and “a possessor of the perfect chromatic pitch,” architect and designer India Mahdavi has become renowned for her great, saturated spaces. Besides that, from her whimsical designs to her perfectly pink interior for London’s The Gallery at Sketch. Mahdavi opened her design studio in 1999, debuted her furniture collection and showroom a few years later. She also opened her Petits Objets store, which features vivid ceramics, lighting, and accessories, in 2011.

Robin Standefer and Stephen Alesch transitioned from production design to interior design, bringing some of Hollywood’s biggest stars along as clients. The innovative designers behind Roman and Williams are responsible for some of the century’s buzziest restaurant and hotel designs so far. Such as the Ace Hotel New York, the Chicago Athletic Association, and Le Coucou. In December 2017, the duo opened Roman and Williams Guild, a retail concept that includes a café, La Mercerie, and an outpost of Emily Thompson Flowers.

Based in San Francisco and New York, Ken Fulk has become one of the most famous interior designers and design homes for Sean Parker, Veronica Beard, and Pharrell Williams. All of them appreciate his vibrant, cinematic style. Fulk is also responsible for designing some of the country’s buzziest hot spots, including Leo’s Oyster Bar, Felix Roasting Co., and Saint Joseph’s Arts Society.

Ever since his bold pottery debuted at Barneys in 1993, Jonathan Adler infused homes with color and humor. He quickly expanded his business beyond ceramics, designing everything from pillows and furnishings to lighting and rugs. Adler’s design studio has created the interiors of the Parker Palm Springs and Eau Palm Beach and private residences and model apartments.

Designer Emily Henderson made America up to its styling game and helped transform bookshelves, cocktail tables, and mantels across the country. Her big break was winning season five of HGTV Design Star, and her next show on the network, Secrets From a Stylist, ran for two seasons. In addition to running her interior design practice and content operation, Henderson serves as Target’s home-style expert.

L.A. designer Justina Blakeney turned her eclectic, plant-filled style into a hot trend and a booming business with 1.2 million Instagram followers. She started her design blog, Jungalow, in 2009. Since then, she has written a New York Times bestseller, launched an online store, and embarked on several collaborations with brands. Her latest effort is a limited-edition, size-inclusive line of apparel, and she plans on opening a brick-and-mortar outpost soon.

Fashion’s favorite architect is Peter Marino. The design legend founded his firm in 1978. His boutiques, like his residential projects, are known for their luxe materials and impressive art displays. He recently released a new textile line for Rubelli and unveiled Louis Vuitton stores in London and Seoul.

The past two years have been beyond big for Missouri native Bobby Berk. In 2018, he debuted as Queer Eye’s design expert and quickly became a fan favorite for his impactful home makeovers. The industry veteran launched his retail business back in 2006 and his design firm in 2015. However, Queer Eye has brought its modern, livable style to a massive audience. Berk launched a furniture collection with ART Furniture at High Point Market featuring 44 pieces.

There are famous interior designers, and then there is Martyn Lawrence Bullard, the go-to decorator for superstars like Elton John, Cher, Kylie Jenner and Khloé, and Kourtney Kardashian. He is also a favorite associate for brands and has designed a dozen qualified lines that include tile for Ann Sacks, mattresses for Custom Comfort, and silver crowns for Christofle. When he is not designing for the stars, Bullard marks the hospitality scene with interiors.

In 2009, The New Yorker declared Kelly Wearstler “the presiding grande dame of West Coast interior design.” Since then, her influence has grown far beyond California. The trendsetter has shaped the hospitality industry with her designs. On the residential side, her client list includes Cameron Diaz, Ben Stiller, and Gwen Stefani. She has designed lines for Ann Sacks, Lee Jofa, and Visual Comfort and her collection of furniture and accessories.

In 2002, Nate Berkus made his debut on The Oprah Winfrey Show, and he quickly became one of the most famous interior designers, landing TV shows, book deals, and collaborations galore. His firm, which he founded in 1995, attracts many high-profile clients, including Ricky Martin. He and his husband, Jeremiah Brent, star in TLC’s Nate & Jeremiah by Design, recently unveiled their latest collection for Living Spaces.

In just six years, Joanna Gaines has created a design empire. Since Fixer Upper premiered on HGTV in 2013, the designer and TV star has launched collaborations with mega-brands like Target and Anthropologie, started a magazine, published books, and made shiplap and farmhouse-style design. While Fixer Upper ended its run in 2018, the Gaineses are continuing their path to design domination.

Most famous interior designers have spent years working with clients, developing product lines, and building their brands. Becoming a household name requires hustle and lots and lots of media savvy. Today’s best-known designers took various highways to the top. However, they now can often be spotted honoring the covers of magazines. While they each have specific specialties and styles, these designers and architects have certainly left their mark on the industry and continue to influence the way people live and decorate.

Hotel Changed Into An Elegant Apartment In Lisbon by Vitor Almeida