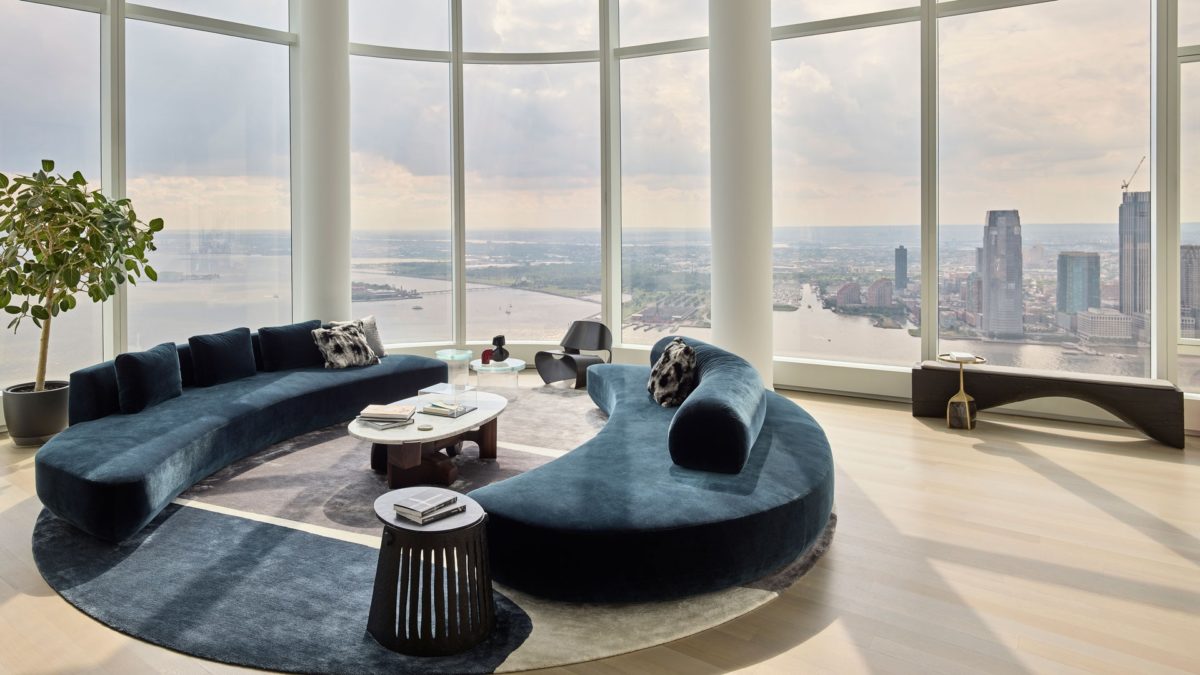 New York Apartment that combines a modern interior design with an outstanding and speechless view! Come with us and get to know this place!

This New York Apartment was designed by Noha Hassan, and the interior designer says that this is not a typical New York City project. It is a 10,000 square-foot, five-bedroom, eight-bathroom duplex. The owners of the apartment fell in love with Hassan’s work and chose her to design their home.

On the top floor you can find, one bedroom, two closets, two bathrooms, a sauna, and a steam room. According to Hassan, “I like my rooms to feel a little timeless,”, and that happens with the bedrooms here.

Noha Hassan, born in Egypt, has lived her life in several places, such as Saudi Arabia, Luxembourg, Brussels, and London before she moved to New York. She has authentic design tastes that came from different countries.

The owners and Hassan decided that the exterior view needed to be part of the interior story, so the whole apartment has both sides.

Here you can find a moon pendant chandelier by Alison Berger. The chairs are by Jaime Hayon and the flow bar stools are from MDF Italia.

The New York Apartment in the center of New York has our hearts, not only because of the view but also because of the modern interior design. Hassan did everything right!

Benefits of Meditation – Get to Know Everything

How And Where To Find Stylish Luxury Pet Accessories?