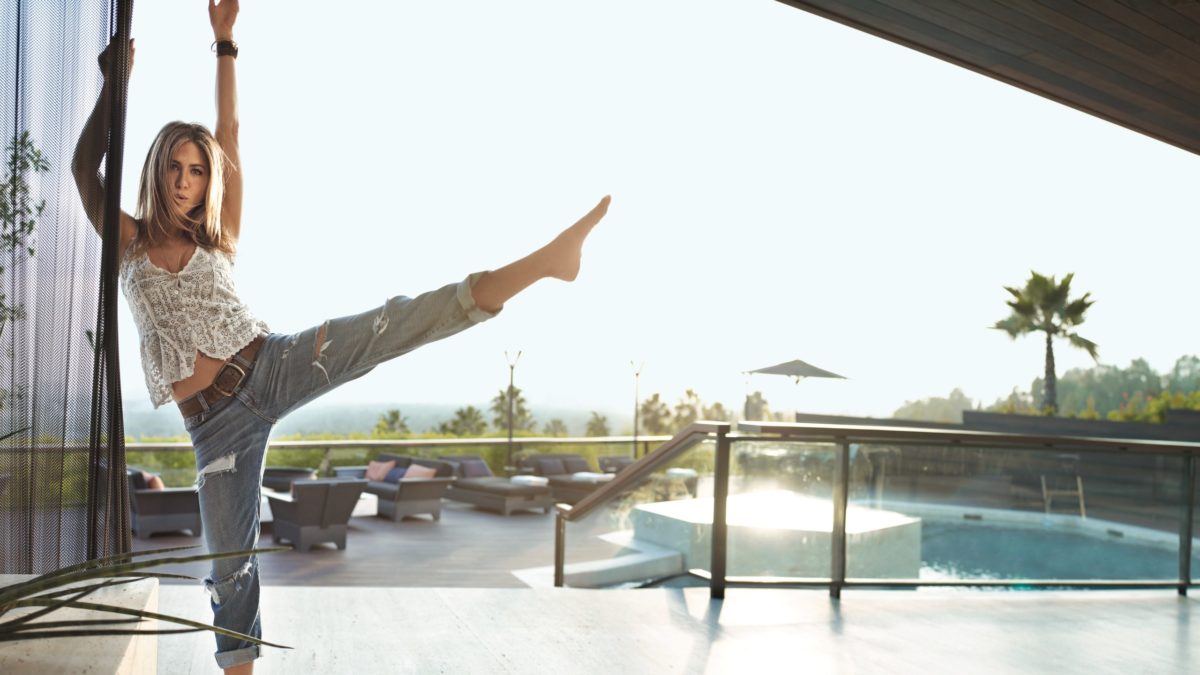 Jennifer Aniston has an amazing taste regarding houses, that is why she has a real estate portfolio, that we’re going to talk about. Keep on reading!

The actress Jennifer Aniston always wanted to keep a low profile when we talk about personal life. And that is the reason why all her residences were always far, far away from Hollywood. All of this began with Brad’s and Jennifer’s home that cost 13,1 million dollars, that they spent three years renovating. Now she has a 20,97 million dollars Bel Air mansion. From the first to the last, she has spent time and energy in personalizing her houses, in order to get more privacy and comfort. Because these are the two things that Jen values the most.

The first home she had it side by side with Brad Pitt, a 12,000 square foot French Normandy-style Beverly Hills home. Their house, built in 1934 was designed by Edwin Wallace Neff. After they buy it, they spent time renovating and expanding the home. They added a private screening room, heated marble floors, and a pub room. But also a tennis court and a guest house. After all of this and after their divorce they sold it for 28 million dollars.

After Pitt, Aniston rented a beach house, located in Malibu for two years. It featured three bedrooms and three bathrooms. There’s not much to know about this home, because Jennifer wanted things to be exactly like that.

The moment she saw her Harold W. Lewitt designed Beverly Hills mansion, she knew it would be her home. She bought it for 13,5 million dollars, in 2006, and then she spent the next three years renovating it, side by side with the designer Stephen Shadley. The house was transformed into a Balinese-inspired spot. Curiously, she named this home “Ohana”, which means family in Hawaiian. Important detail, it was sold for 38 million dollars.

After Ohana, Jennifer Aniston and Justin Theroux rented a 1,761-square-foot home, in the north of Sunset Boulevard in Beverly Hills. This one may be one of the most modest houses Aniston ever had, with two bedrooms and two bathrooms.

In the same year, Jennifer Aniston, bought two condos for 7,01 million dollars in the West Village. One of them was a penthouse with a 900-square-foot wraparound terrace. She wanted to combine the two homes into a big one, but that never happened.

Last, but not least, Jennifer Aniston bought a 20,97 million dollar A. Quincy Jones-designed Bel Air mansion in 2012. She worked with Stephen Shadley, in order to renovate that home, it needed to be less minimal, and more comfortable and friendly. She still owns the 8,500-square-foot residence.

According to AD magazine, Jennifer always said that ff she wasn’t an actress, she would want to be a designer. So this can tell much about her and her passion for interior design and real estate!

Australian Interior Designers – Top 10 You Must Know About

Tokyo House Where Minimalist Design Has All Our Attention