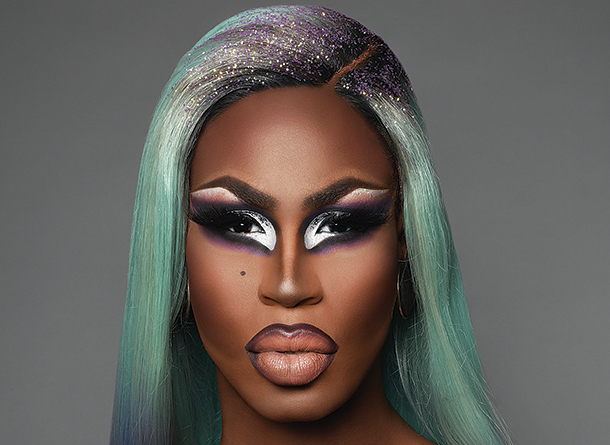 11 Ways to Elevate Your Home Decor by Shea Couleé

In this article, we will show you 11 elements you can add to your house decor and elevate it to another level suggested by Shea Couleé.

In this article, we will share with you some of the top products and collectibles that can take your home to the next level. This list will contain the Shea Couleé chosen objects, a drag queen, musician, and podcast host.

It was 2017 when the fabulous Shea Couleé was presented to the world on RuPaul’s Drag Race as a contestant. Although, only in 2020 arrived her moment of glory and she end up as the winner of the All-Stars 5 edition. Besides all of these talents, Shea is also an interior design lover and this passion can be seen in the way she decorated her own place.

Currently, Shea’s favorite room in her place is the kitchen, which has a waterfall island made of dolomite marble that she chose for its metaphysical properties. According to her, the stone stimulates all the chakras and promotes confidence, energy, and creativity. She explains that that fell like people always gravitate around the island which fulfills the objective as she wanted the kitchen to be a gathering place.

Shea is all about living authentically and for those who know her is no surprise her special interest in the 70’s glam aesthetics in terms of interior designing. Combining it with some midcentury-modern design elements and rich jewel tones with pops of white, black, and brass. Regarding the color palette normally she goes for the dark emerald greens, burnt oranges, and rusty hues, mixed with the black and white to create some contrast. She confessed the special interest in the 70s mixed with modern aesthetic comes from her father that was all about it, with a lot of black lacquer with different finishes, matte, shiny, or even really textured.

No matter in what Shea is involved, she constantly serves iconic looks. Here, the Chicago queen suggests 11 elements she considered crucial to take her home to the next level. Take notes because it will most likely surprise you!

A decanter is a multi-functional object that provides a chic look even for regular things of everyday life such as the mouthwash recipient. Use it as a container, and then you can pour it into the shot glasses for when you are using it in the morning and make the experience different from the traditional almost like living in a 5 stars hotel every day.

This is a totally sleek and modern aesthetic which Shea confesses being a big fan of. This reminds her of the times her dad was stationed in Okinawa ( Japan) back when he used to be a military, so they had a lot of influence from the Japanese Chinese growing up. The simplicity of these plates reminds her a bit of this.

Shea is a sensorial person and as so always wants the guests to have a full sensory experience. The first time someone gets in the house, the first thing they notice is the orca marble countertop and the inviting aroma of this birch and black pepper candles inviting them in.

Shea loves to have plants around and after a while watering them with a cup she ends up wanting something more stylish. Also, this object is extremely useful to direct where the water goes and don’t mess up. A lot of the lighting fixtures and such are all done in brass, and as so she was looking for a kind of hammered brass finish. It also has a tan handle on it that ties it with some of the grass elements that can be seen.

Shea was looking for a cost-effective substitute to the Jonathan Adler face vase and this was what she found at ETSY. The dark graphite finishes ornament really well with the rest of the house aesthetic.

Shea expresses her love for staying laid on the sofa watching the favorite shows and being involved in the blanket. To store them she uses these baskets and, particularly loves the seagrass and believes it adds a natural quality touch to the space and presents a balance between a lot of the harder and the sleeker surfaces on the furniture.

This 288 Grand Street Candle Botanical Garden blends to the perfection of the floral and the earthy. Based in Chicago and Black-owned, these not only smell greats but are also super elegant and can easily complement an ambient.

Shea bought it for her first Thanksgiving for the first time in her new home while trying to find some beautiful set for the charcuterie and morning pastries. While shopping at Target Shea found this set and instantly fell in love using the bowl, the trivet, and the cake stand. Using some serving dishes and platters that are made of teak wood according to her taste for the natural wood against that matte black when it’s all spread out looks really lovely.

Shea found this because the old roommate presents the brand and end up falling in love and spending so much time in Chairish holes. While searching for candlestick holders, found this piece. In addition to having a lot of modern Japanese influences, it has a lot of influences from African wood-style art and objects that the father would love and collect as well.

This piece reflects the wood texture and earthiness that Shea felt in love with and what these Zuma candle holders are all about. Shea confesses to loving the organic look and how it is carved and even though the partner joke around so much about her love for the brand compared with the Sarah Paulson meme on her phone late at night when Shea is on Chairish she still loves it.

Shea is a caning technique fan, especially if it has a natural finish and, even though she likes the current white cushion she is thinking about renovating it to glossy black. The drag queen expresses the importance of differentiating from others and for that, finding a way to DIY and make it yours.

Wax out: 6 Easy Tips To Get it Out of Carpet

Nina Magon – Get Inspired With Her Work