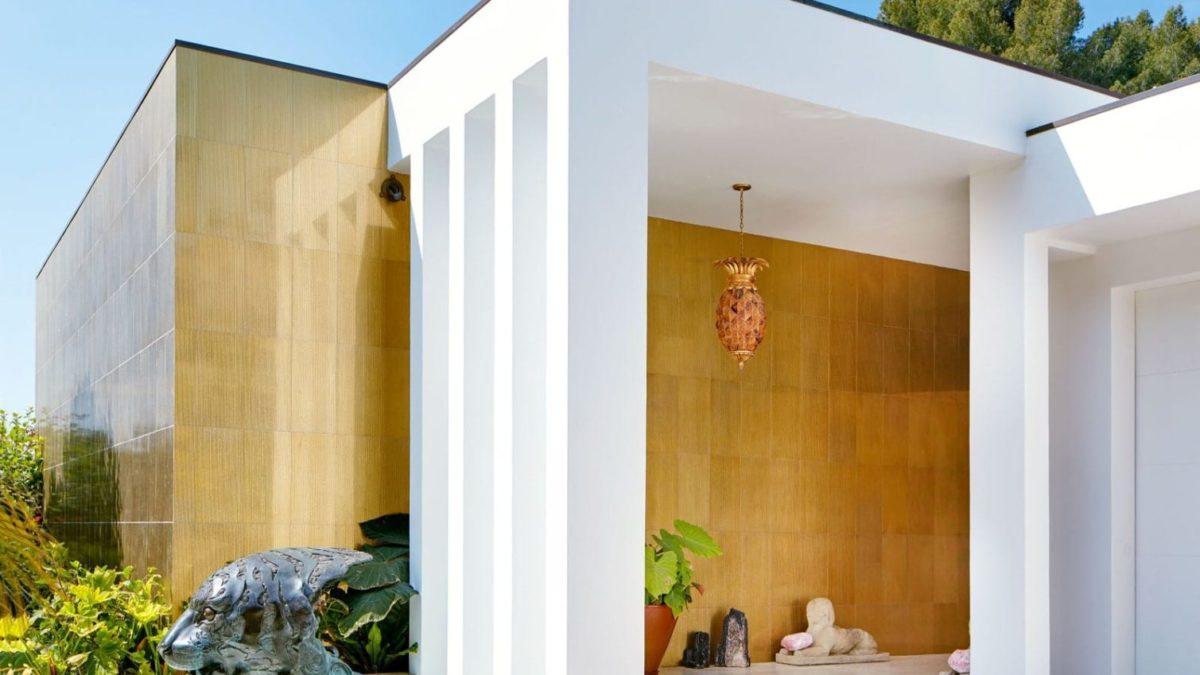 Celebrity Outstanding Homes is the main theme of today’s article, where you’ll see some of the best houses! Where family, comfort, luxury, and modern meet!

The couple had the intention of having a house in Los Angeles to spend time with family comfortably. Nevertheless, the musician and the film producer were looking for a 1960s manageably-sized house. A place where their children could have space to walk and play around freely. As John says: “a front and back garden and some fresh air.”

Today you can get to know Kim Kardashian and Kayne West’s mansion in a suburb of Los Angeles. Moreover, designed by Axel Vervoordt, this minimalist house is different and out of the box.

In addition to a great rock star, Lenny Kravitz became an interior designer. Williams, a luxury realtor, was looking for a designer for the home of his dreams, purchased with his wife and partner, Rayni. Therefore, the first meeting of these two guys was the beginning of a successful design partnership.

In 2020, Chrissy Teigen and John Legend made some significant real estate investments. The couple bought an amazing West Hollywood home and added another amazing property to their portfolio.

It is in Los Angeles that Kendall Jenner finds her relax home. Design by mother and son duo Kathleen and Tommy Clements and Waldo Fernandez’s hand, this house is bohemian and funky.

“Being who she is, we thought Kendall might gravitate toward something flashier. The mood she described was down-to-earth”, said the designers.

Throughout her remarkable 35-year career, supermodel Naomi Campbell has blazed trails, stormed catwalks, and graced countless magazine covers. Furthermore, while most of her legendary partners have long since retired and retreated from the spotlight, at 50, Campbell is as in demand as ever.

Clements Design has created a functional and elegant haven for Jessica Alba’s family, with everything the couple ever dreamed of having in a home. Jessica Alba and her family had recently moved into a house perched on the edge of a scenic, leafy canyon in Los Angeles, so she decided to combine her birthday with a housewarming party.

Miley Cyrus’s home has six bedrooms, seven bathrooms, 6,800 square feet of Southern California, and is already fully decorated. More than that, it has been completely “Mileyfied.” Furthermore, thanks to the musician’s ace interior design team: Tish Cyrus and Matt Sanders, Tish’s design partner.

Mila Kunis and Ashton Kutcher‘s modern farmhouse in LA is the couple’s dream house. On the hilltop of Los Angeles, the couple made their dream come true. In order to materialize their imagination, Kunis and Kutcher designed their modern farmhouse side by side with Howard Backen of Backen & Gillam Architects. Vicky Charles of Charles & Co. was in charge of the interior design.

Oscar Niemeyer - His Most Wonderful Architecture Projects Over the World

Kitchen And Bathroom Remodeling: The 2022 Trends

14 Best Color Combinations 2021 For Your Interiors