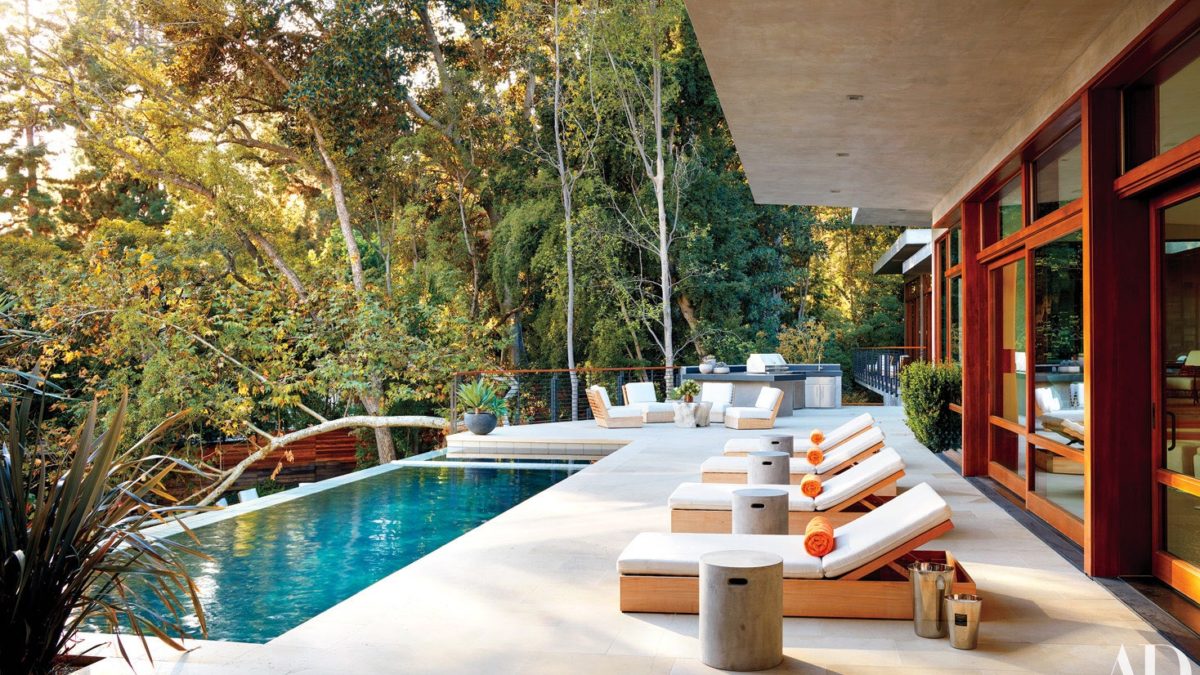 Ricky Martin’s Beverly Hills Home is shared with his fiancé Jwan Yosef, a Syrian-born Swedish artist, and their nine-year-old twins, Matteo and Valentino. LA, Beverly Hills was the place chosen by the couple to settle down, after a three-day house-hunting expedition.

According to them, this home is a serene, modernist residence, with an outstanding and surprising architectural pedigree. This house, designed by the well-known mid-century Architect Gregory Ain for psychiatrist Fred Feldman and his wife Elaine. All of this happened back in 1953.

According to Martin, “Even though the house had been greatly expanded over the years, we still wanted to respect its original vision—the clean lines, the openness, and the sense of calm,”

The couple never wanted to decorate their home to the last detail, the main objective was to have their home comfortable for them and the kids.

Nate Berkus, the designer that did the work knew that Ricky and Jean were both artists with specific ideas on how they want to live. The designer says that he helped them “give a solid, neutral foundation” where they can make their home truly theirs.

Once they moved, they had the desire to complete their home with outstanding art. Although, they had only a few pieces of art collection, quickly became a growing art collection. Yosef said “I’m a young artist myself, and it’s fun to live with work created by my friends and fellow artists,”

At the same time, Martin’s Musical history is all over the house, reflected in a series of black and white photographs. Janis Joplin, John Lenon, David Bowie, Louis Armstrong, and Frank Sinatra are the stars. When you have a house with two artists, the art will reflect instantly.

Ricky Martin’s Beverly Hills home used to had a yoga room that Yosef transformed into an atelier. Martin has on his mind the greatest idea of building a recording studio on the property. Matteo and Valentino, have a treehouse for playing.

“There’s so much potential for crafting a vibrant, creative environment for our family,” Martin says. “You can never be sure what the future will bring, but I can’t wait to find out.”

Simple, but iconic. With furniture by Teak Warehouse, cushioned in a Sunbrella Fabric.

Australian Interior Designers You Must Know About - The Top 10

Hollywood Design Office – By the Hand of MAD Architects