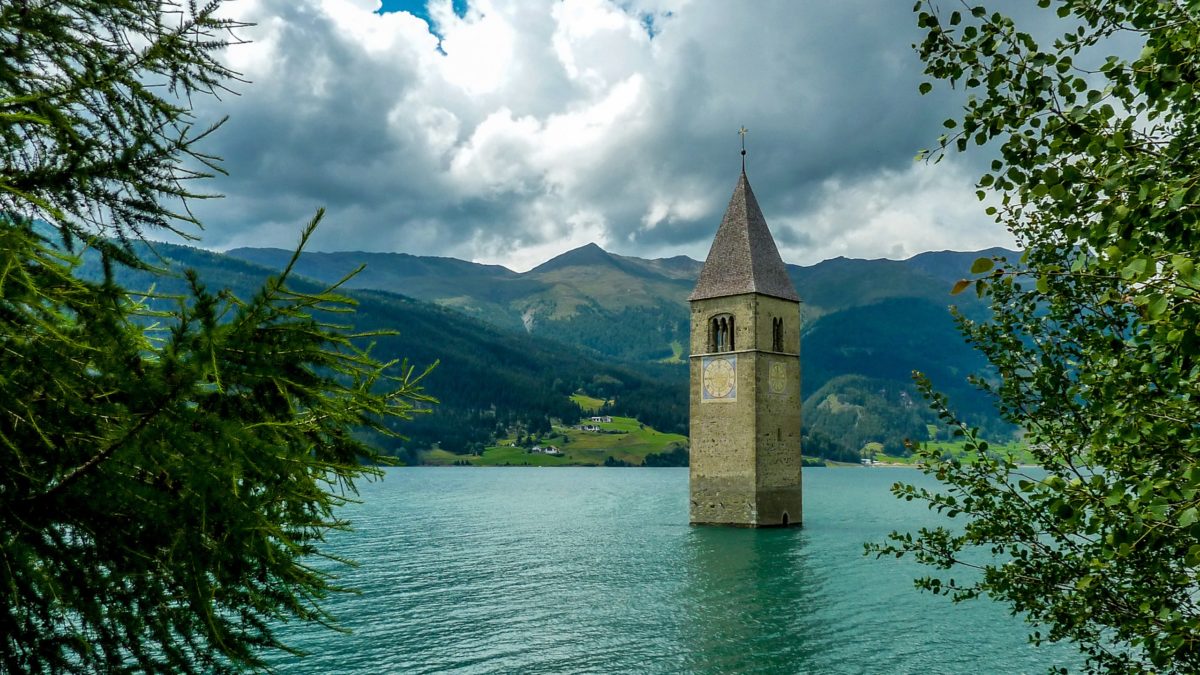 Italian Village found under the Lake Resia, after more than seven long decades underwater. Lake Resia is a 2,5-square-mile artificial lake, near the borders of Austria and Switzerland.

Lake Resia has beed for the past years a very popular and nice spot for tourism and hiking, both in Summer and Winter. It has a 14th-century church steeple that appears from the water, that has inspired a book and a Netflix series. Nothing compared with what happened!

First things first, the history behind it. Back in 1950, the small village of Curson was home to many Italians. This village was intentionally flooded, in order to make way for a hydroelectric plant. After seventy-one years, repairs forced a team to drain the lake and magic happened. Once the lake water was removed, the lost village appears.

Now there is a chance to visit the ruins! It’s known that none of the houses survived the flood, but there are old steps, cellars, and walls that remained standstill.

According to with Luisa Azzolini,  it was a “strange feeling” to be walking in the lost Italian village. There might be a chance to keep this forever in our mind with another book or Netflix series.

How To Style A Coffee Table With 6 Essential Items