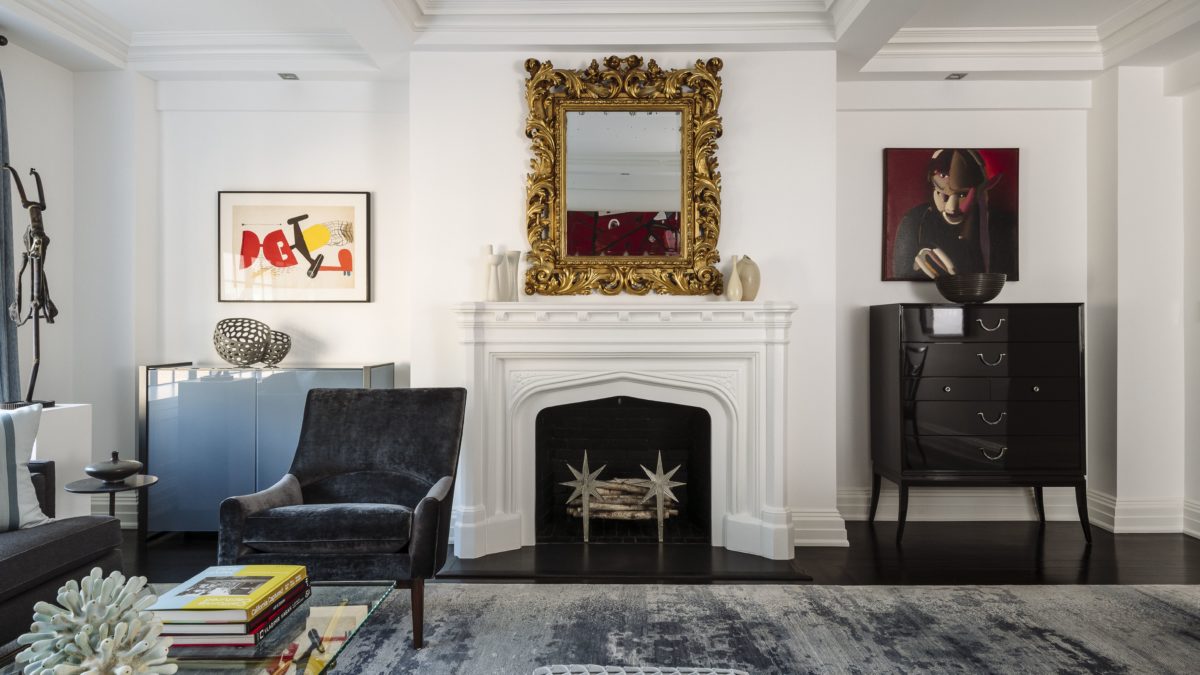 AD100 for 2022 – Most Brilliant Interior Designers and Architects Part I

AD100 for 2022 presents the top 100 Interior Designers and Architects. Where you can find the best of architecture and interior design!

Elizabeth Grazio worked with the architect Peter Pennoyer for 20 years, before she decided to work by her self. Right now, she has numerous projects, such as Manhattan Apartments or the design of the Woolworth Tower Residences.

The Design Studio Workstead is part of AD100 for 2022 and counts with Robert Highsmith, Stefanie Brechbuhler and Ryan Mahoney. They are know for redesign The Wythe Hotel in Williamsburg, Brooklyn. Workstead is working on a Victorian Mansion for a client in Upstate New York.

WHY, Los Angeles and New York

WHY Architecture has an important role on the contemporary culture, because of its projects. In 2020 they redesign the Asian Art Museum in San Francisco, but also they did a renovation of a wing of the American Museum of Natural History in New York City.

The work of Waldo Fernandez is the reflection of sophistication and savour faire of Los Angeles. He is known for his job in the houses of Cher and Rihanna, but also Tobey Maguire and Elizabeth Taylor. This is a name to keep in mind!

Virginia Tupker began her work as interior designer when a co-worker of Vogue (Virginia was the home director at Vogue), asked her help and so she did. From that moment on, she worked as interior designer, she also decorated a bohemian barn in Southhampton and dressed a Upper East Side Apartment for Derek Blasberg.

Vincenzo de Cotiis works with interiors, furniture design and architecture. He prize craftsmanship above everything else and his sculptural furnishings complete the design of his projects. He says that “I consider myself omnivorous. I feed on many different stimuli.”

His main inspirations are the architects, Le Corbusier, Luis Barragán and Louis Kahn. So, we expect to see projects with outstanding details, such as velvet finishes or wood textures. A few recent Projects of Vincent are the Winery VV by Vinetiq in Puurs or the Kvadrat showroom in Milan.

AD100 for 2022 continues with Victoria Hagan, known for interiors with strong sense of proportion and the right mix between materials and textures. All of this, side by side, with a neutral palette. Hagan says that “My work is all about comfort, function, and scale,”.

Veere Grenney interiors have three main characteristics: balance, harmony and clarity. He says that “Pared-down classicism, like that practiced in the early-19th century by the architect Sir John Soane, continually serves as inspiration,”.

Brooks studied business administration and worked in high-red residential property management. She runs her business with her videos on HGTV. One of her most important clients is LeBron James, by also other celebrities.

David Godshall and Alain Peauroi are the founders of Terremoto. When they decided to create their business the purpose was one “We wanted to create projects that are about ideas and philosophy—gardens as an expression of culture,”. Recently, they worked at California’s famed Sea Ranch Lodge, the Native Hotel in Malibu and Two Bunch Palms in Desert Hot Springs.

“Focusing on local context, heritage, and culture, but recasting it in a very modern, 21st-century aesthetic has been a manifesto for me,”, this is what Yang defends. His works are mainly in store and restaurants, but also the lobby of the Silla History Gallery at the Gyeongju National Museum.

Sara Zewde works go from the Graffiti Pier, an much-instagrammed street art landmark in Philadelphia, to private gardens. She always wants to make a difference in architecture, because “A lot of landscape architecture looks the same,”.

Steven Volpe is also part of the list of AD100 for 2022, known for his cutting-edge design. He loves to combine arresting pieces with 20th-century treasures and antiques. Two of his most amazing projects are a Manhattan high-rise and a historic California estate.

Ramin and Pamela Shamshiri are brother and sister owners of the studio. They are known for the refined and the bohemian style of their projects.

Laura Sartori Rimini and Roberto Peregalli are the owners of the studio and their projects are amazing. They include art, architectural elements and period antiques.

Olivier Marty and Karl Fournier met when they are students at the École des Beaux Arts in Paris and they fell in love. Together, they created their own studio, Studio KO and it was success after success!

“Design is fundamentally about conversation—between styles, cultures, objects, and people,”, according with Giancarlo Valle, another important name of our list AD100 for 2022. His clients includes hotelier Kevin Wendle, the model Martha Hunt and the artist Marilyn Minter.

“Architecture creates the platform for human interaction and sets the tone for our social relationships,”, words of gang. The Gang Studio open doors in 1997 and it’s known for the geometrical façades, for example, 101-story St. Regis Chicago and Chicago Aqua Tower.

Steven Harris design in residences is consider to be minimalist and relaxed. “Our highest aim is for our designs to appear effortless and fully integrated into their site, whether urban or rural,”, Steven says. Besides being an architect, he is also a professor at Yale.

Contemporary Luxury is how we define the interiors of Stephen Sills, also an important name of our list AD100 for 2022. His most recent projects include, two residences in New York City’s Baccarat Hotel, the Chevalier Restaurant and several beach homes in Florida, Naples, and Southhampton.

“Good design should tell a story,” the words if Sheila Bridges say it all! All of her designs are thoughtful, timeless and functional.

The partner Sawyer and Berson are experts in landscape, interiors and architecture. They already had build a modernist manse of stucco and glass in the Hamptons, rebuild an historical Manhattan town house and designed a French neoclassical garden in New Orleans.

Our AD100 for 2022 list is about to end, but not without talking about S.R. Gambrel Inc. who’s mission is “Create an environment that feels synonymous with the architectural vernacular and the spirit of the client’s lifestyle,”. He has worked on residential and commercial projects, that begin in Aspen, to Miami and Hong Kong.

Rodman Primack uses color in all of his projects and he is not afraid of it, as we can see in the images. His projects go from Hawaii to London and they all are like this! Rodman ends our AD100 for 2022 list of interior designers and architects. We will be back!

How To Decorate Your Interior Design Projects with Mirrored Walls

Scented Candles Decor – How to Use Them At Your Home