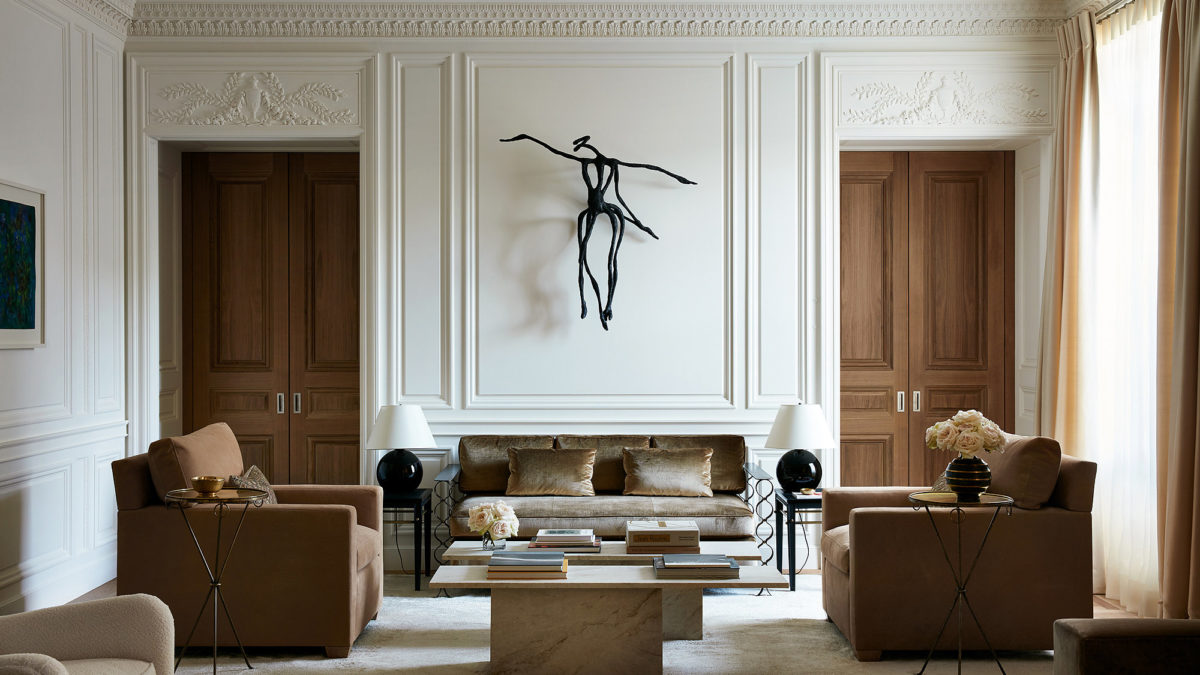 AD100 for 2022 – Most Brilliant Interior Designers and Architects Part IV

Dimore Studio begins our part IV of AD100 for 2022! The founders of Dimore are Britt Moran and Emiliano Salci. We can see their work in an apartment in the Palazzo Fendi, the Hermes showroom at Salon, but also a homeware line side by side with Dior.

Decada Mueble, by Lucia Corredor anf Cecilia Tena was born out of immense love for travelling and collecting. They are located in Mexico where they have their firm! Their projects, from private residence to hotel projects, are a true reflection of their work, with charm and authenticity.

Deborah Berke is the first woman who is now dean of the Yale School of Architecture! Her buildings are unique constructions, for example Harvard and Princeton. Regarding interior design, she did Manhattan’s 40 East End Avenue, whose exterior she also conceived, and the Rafael Viñoly–designed 432 Park Avenue.

David Netto is known to be the designer’s designer! He has a long portfolio of projects that combine perfectly the modern and the traditional. One of his recent projects is the London flat in a century-old Queen Anne-era maisonette.

Darryl Carter has a specialty, he can makes see the classics in a different way! He is a lawyer and a interior designer which is not very common. His rooms are elemental and unique, with a warm feeling and simplicity.

Dan Fink continues our AD100 for 2022! Fink always wants to create rooms, and spaces that will have beauty and harmony. His studio in now doing a modernist house in California’s Marin County, an artist’s escape in Long Island and a Grand Countryside estate in Connecticut.

“I would define my design philosophy as new maximalist: a bold, Continental mix of elegance and modernity,”, this is how Corey Damen Jenkins defines his work! “My ultimate goal is to ensure that my clients’ homes are always classic, livable, and without an expiration date.” This says a lot about him and we love this perspective!

Commune Design belongs to Roman Alonso and Steven Johanknecht, who met in the 90’s. Their work is defined by being bohemian chic! Alonso and Johanknecht do the interiors, but also product design. For example, “Northern California family home made from redwood and a century-old restored wooden cabin filled with off-the-grid touches near Los Angeles.”

Clements Design belongs to husband and wife Kathleen and Tommy Clements and they have worked with many entertainment celebrities. Ellen DeGeneres and Portia de Rossi, Bruno Mars, Adam Levine, Jennifer Lawrence are only a few examples. The Clements have a philosophy that they follow without question: “Don’t overthink it.”.

Vicky Charles and Julia Corden make a great duo, “We aim to create spaces that are not merely photo ready but living ready.”, and that says it all.

All in order to continue our AD100 for 2022 with Charles de Lisle, because he is an example to the design world. His main influences are from Northern California luminaries William Wurster and William Turnbull, but also the radical design masters from the 80’s.

Adam Charlap Hyman and Andre Herrero also make a great duo! They did gallery-design jobs for Salon 94, Leila Heller, and Nina Johnson. But they also did some private projects!

Fabrizio Casiraghi did an amazing job in the stores for fashion brand Kenzo and Candlemaker Cire Trudon! He also did a magnificent transformation of the Paris’s famed Drouant restaurant, and boutique hotels in jet-set places. His style is  “a bewitching harmony tinged with African and Asian references.”.

Carlos Motta does it all, he is style Editor for AD, creative consultant and a celebrated stylist! He designed the scenic wall covering for Pierre Frey. Besides that, he has a book “Beige is Not a Color”, that is a statement book.

“Good proportion, suitability, and a sense of invention”, this is what defines the work of the architects James Shearron and Richard A. Bories! They have amazing projects, for example, “Grey Gardens in East Hampton; a Mott B. Schmidt estate in Bedford Hills, New York; and a new shingle-style compound on the shore of Lake Michigan”.

Bjarke Ingels Group has done outstanding project throughout the years, a museum for watchmaker Audemars Piguet, or a ferry boat that has become a floating home. Or even, a collaboration with NASA “to build 3D-printed dwellings on the Moon.”.

Billy Cotton is the owner of a firm who does interior design, lighting, furniture and architecture, so it has everything in one! He creates “highly tailored spaces that embrace a mix-and-match philosophy”.

AD100 for 2022 continues with Beata Heuman, a famous interior designer that defines her work as “The best design combines form and function with personality,”. We can find her work in Nantucket or in Hamburg!

Atelier Masomi is an architecture firm that is based in Niamey, Niger. “Architects have an important role to play in creating spaces that have the power to elevate, dignify, and provide a better quality of life,”, Kamara (the owner) says.

Alexandra and Michael Misczynski are the owners of Atelier AM and once they met, they hit off, not only personally, but also professionally. Their interior design is defined to be a clever mix between American and European styles.

“We don’t ever use patterns, wallpapers, or fabrics; it’s just all about texture,”, words of Reinaldo Leandro. This is just one example of the principles that guide his work, side by side with his partner Ariel Ashe’s. A few examples of their clients are Rashida Johnson, Seth Meyers and Gwyneth Paltrow.

Will Cooper, Jonathan Minkoff and Ari S. Heckman have transformed a landmarked Providence, Rhode Island, strip club and brothel into a stylish hotel called The Dean, and this work caught everyone’s attention. They are the masters in transformation, they also “transformed the historic Wurlitzer Building in downtown Detroit into The Siren and a 19th-century church in New Orleans into Hôtel Peter & Paul.”

Rayman Boozer is the owner of Apartment 48, and he is all about “putting positive vibes out in the world.”. Boozer “has created relaxed, confident rooms that brim with color, pattern, and an effortless air of joy—rooms, in other words, that bring a smile to your face.”

Richard Petit and Stephen Hunt are the owners of The Archers and they are another example for “you can be everything”. Because, they are architects, designers, artists and film lovers. Their works counts with “a Miami residence merging the aesthetics of Maurice Lapidus and Piero Portaluppi; an L.A. bungalow once owned by filmmaker Otto Preminger but now inspired by Robert Mallet Stevens’s 1926 Hôtel Martel in Paris; or a modern-classic Brentwood home for handbag designer Tyler Ellis, daughter of fashion icon Perry.”.

Last, but not least, AMY LAU Design to end our list of AD100 for 2022, part IV! Amy is a specialist in contemporary and mid-century furniture. She helps her clients and creates inspired, artful, all-encompassing interiors.

AD100 for 2022 - Most Brilliant Interior Designers and Architects Part III

Chinese Zodiac – OX is the Lunar New Year for 2021

Kips Bay Decorator Show House – Discover All The Secrets Inside

1st Dibs Most Brilliant Design Talents You Must Know About

Erick Millán Home – Dream Big and Have a Maximalist Decor

The Art of Dining to Celebrate

Take a Look at this One-Of-A-Kind LA Home