Home > World Interiors > Take a Look at This Interior Design: How to Turn a Cookie-Cutter Town House Into a Personal Art Gallery 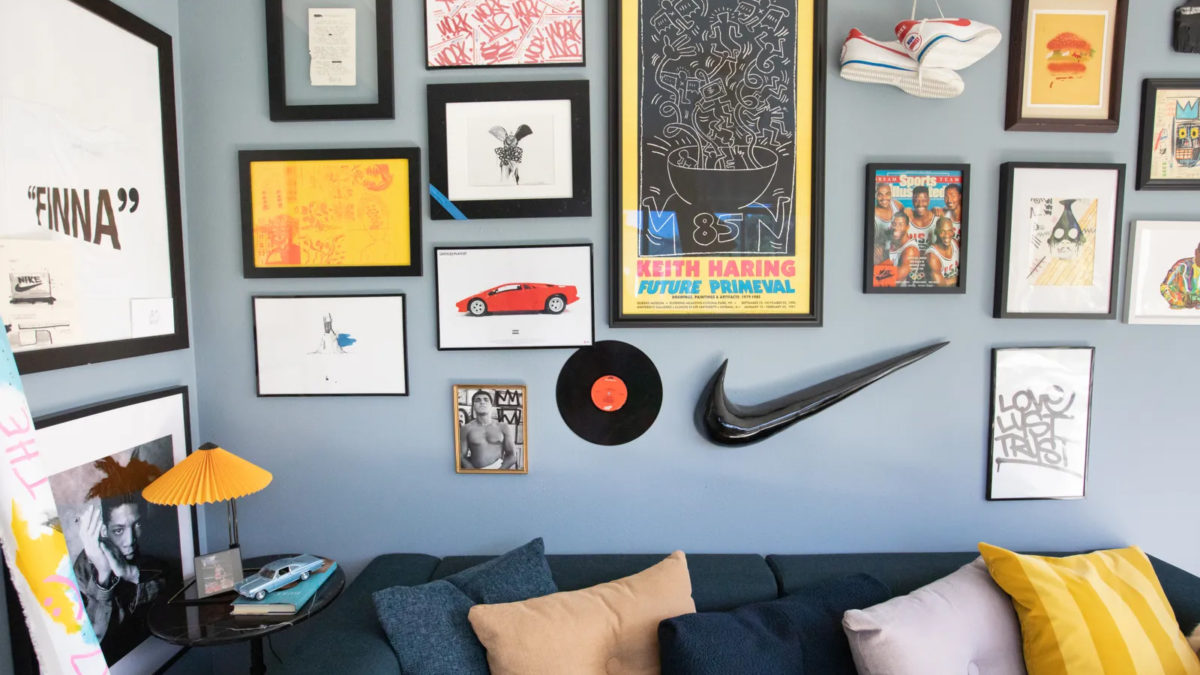 Take a Look at This Interior Design: How to Turn a Cookie-Cutter Town House Into a Personal Art Gallery

Tiffany Thompson transformed her Portland, Oregon, home where she currently leave with her boyfriend into a fine art place.

When the interior designer, Tiffany Thompson, bought this two-bedroom Portland, Oregon townhouse in 2016, she was working at the moment with Nike and perceived the proximity to the company’s headquarters as a major benefit. Another factor that might have helped with the decision was the access to the community pool and tennis court, or that the drive toward her street was lined with towering trees.

However, the final deciding factor was the particular Pacific Northwest luxury. What initially drew her to the house was the amount of natural light coming from Miami was something she was used to and what scared her the most when she moved to Portland where most of the days are dark and rainy at least seven months out of the year when she was considering purchasing a home.

The challenge of this project was really how to turn this cookie-cutter townhouse into a total personalized paradise on earth. Tiffany was surrounded by a blank canvas but luckily, her boyfriend, Julian Gaines, is a fine artist. His art evokes a lot of emotion and really highlights their home with it. Furthermore, the fact that he was an artist was amazing because they could create and make endless items they choose from.

Tiffany couldn’t touch the exterior or overhaul its interior, thanks to a homeowner’ association and limited budget. Although, she could reimagine its white walls and do some making on them. She pictures a timeless theme to create a cozy beauty, punctuated by details that were functional yet exciting upon a closer glance. She kept wondering what to do for a year, figuring that was the best – take her time to make her place look like home. When she felt ready, she landed primarily on a black-and-white color palette. For her, she felt like the blend of the two colors brings a sense of balance to the space as, for instance, the greenery outside that is also on the same color palette grounded her home and made the backdrop of the outdoors feel and look even more intense.

This type of home has exteriors that all look alive, so it is important for her to have some features that would include some fun and a bit of her own style. The accent wall is made of one-and-three-fourths inch oak slats that were nailed to the wall in one-inch gaps. The whole project was painted in Tricorn Black by Sherwin-Williams. The coffee table and floor lamp are from CB2, and the chrome Wassily side chairs were found on Chairish. The framed artwork was created by her boyfriend, Julian, and the masks are vintage.

She nailed oak slats to a wall in one-inch gaps and painted it all black as an accent in her living area, then carried that shade into the dining room complementing a haloed subject Julian brought to life on an 80-by-80-inch canvas. It’s moody as Tiffany appreciates, and a different departure from the property’s more private space.

In the primary bedroom, can be spotted beige backdrop fosters relaxation while a framed jack-of-diamonds provides a rare glimmer of color along the floor.

The second bedroom is painted in a shade of blue, with art that appeared to be more lively than composed. The designer confesses that most of the time she has a lot of difficulties sleeping and as so this style, from her perspective, is extremely calming. The guest room and office, similarly, remind her of the ocean. Its gallery wall is their rotating mood board as they have multiple pieces and move them around, either adding or taking things away as they feel like it.

There is a 92s’ Sports Illustrated cover of the US Dream Team, and a Basquiat piece Julian receives. They wanted to get an authenticated Basquiat foundation piece although, they weren’t authenticating any work currently which raises doubt about the authenticity or not of the piece. There is also a Nike swoosh, where her boyfriend worked. He created that piece, which reminds them of their journey amongst other art they have acquired through the years. THere Tiffany also added a couch and pillows from Hay and interspersed them with her own wax-canvas cushions from Duett Interiors.

In the two years that Tiffany has been curating the canvas of her home, she has been doing this designer work full-time as the founder of Duett Interiors. Meanwhile, the white walls she was surrounded by now have turned into the exhibition of the couple’s own style, where she is welcome to simply back and appreciate their work.

Derrick Adams takes things we see on a daily basis and show the other side of the coin. It’s a reality that this thought of inclusion isn’t present in everyday things like playing cards according to Tiffany. The painting features a 23.5-carat gold leaf, and it celebrates nobility and royalty. It reminded her of Julian and she thought it was important to celebrate him.

All the photographies are by Olivia Ashton

At Home With The Best Design Collection – Lookbook By The Studio