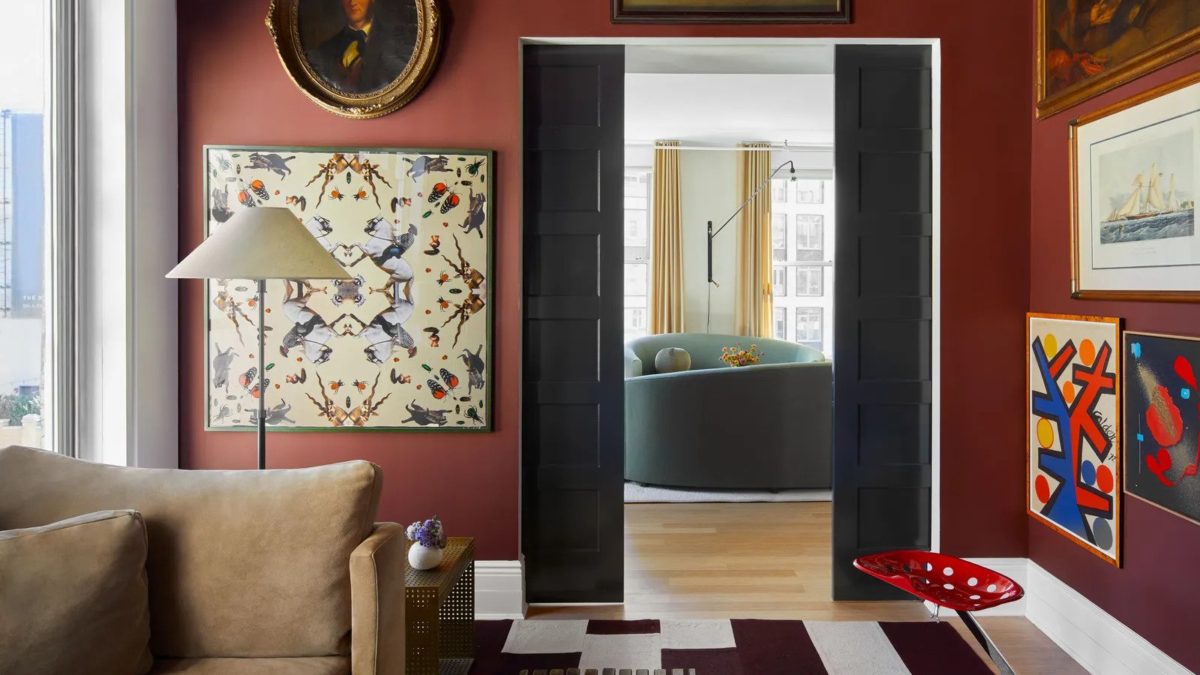 This apartment in New York designed by the designer Michael Tomei is the perfect marriage between new and old.

The designer is an eternal history lover and it is shown on his new project, his own house. He merges modern interiors with furnishings with rich patina making it evident in his meticulously designed, 2100 square foot, two-bedroom loft that he shares with his partner, Peter, and a rescued dog named Huxley.

The place is a century-old warehouse building in Manhattan’s SoHo district and it is the major gear-shift for Tomei who used to conceptualize store displays and fashion shows for brands such as Calvin Klein, Balenciaga, and Lanvin. Opening Michael Vincent Design in 2019 allowed him to express his maximum energy to rescuing old buildings and era furniture inspired by the BBC period films he used to binge-watch.

Tomei is obsessed by the curiosities from a bygone era adding an extra flavor of contemporary concerns- including extra closet space. Each nook in the loft reflects his intuitive aptitude for a seamless juxtaposition between the old and new objects on this New York apartment.

In the dining room, an heirloom mahogany table from the 1920s is matched by Harry Bertoia’s wire chairs. His grandmother’s chinoiserie cabinet is next to the Prouvé lamp and a pair of handsome bean-shaped sofas from Studio Walrus. One exception is the 1990s minimalist reverie in the main bathroom.

The designer confessed that moving from a conservative co-op building into this loft was a breath of fresh air in terms of permitting and limitation process. Adding even more about his experience, Tomei says that in his last co-op it took eight months to get the permission to start the construction although, in this new condo he closed on Friday and started the demolition on Saturday.

Normally, the designer expresses his past habit to constantly redecorate the spaces, as he did with every fashion cycle in his former career. Although, this place is special because it was the first one he has decorated for himself and he ends up being fully content with it. In fact, his home doubles as a studio and living showroom for potential clients to see in person his sensibility and style in terms of design.

The experience of designing an entire space incentivized Tomei to take over new New York rescuing unloved places, especially in Long Island. He spent much of his time on this pandemic year renovating several properties in Bellport, New York, including an old captain’s home from the 1870s, and 1840s cottage, and a mid-century ranch.

Compared to starting a new building, restoring something requires a lot more care, effort, and research but this is Michael Tomei’s passion and is expressed on his projects.

INSIDE THESE BEAUTIFUL BLACK CELEBRITY HOUSES