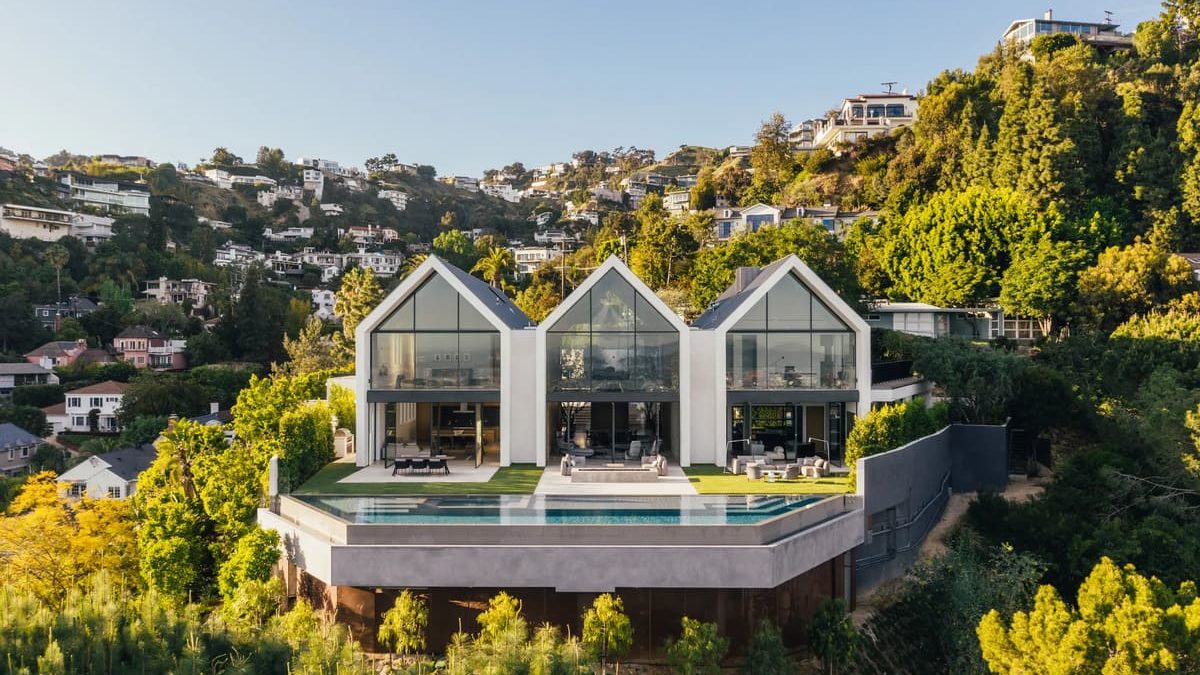 A Modernist Farmhouse Full Of Luxury Located In Hollywood Hills

Inspired by Louis Kahn’s well-known design this Modernist Farmhouse is located in Hollywood Hills, a dynamic and irreverent place.

Jeffrey Allsbrook, partner at Standard Architecture says he has done a study of Kahn’s work, which allowed him to have inspiration for the project.

The stairs between the galleries in the Kimbell, allowed them to come up with the final idea of making the living spaces totally open.

A family house built on the structure of three parallel volumes with stairs between them.

Each volume corresponds to a different living space. All three volumes have a similarity, they open onto an exterior patio that has a detachable view of the city.

The door was framed in a concrete cube flanked by two mature olive trees, a clear evidence of the connection between the house and the nature, giving a human scale to the house and highlighting the height of the structure.

The house has a wide structure and the space in contrast is cramped, so the entrance was intended to create a meaningful, challenging experience.

Inside the house the interior contains natural and warm finishes.

The architects chose travertine floors on the main level so that the space could go outside.

In the master bathroom we could observe a unique and irreverent view of the city of Los Angeles.

The windows that go from floor to ceiling allow us to observe a view from inside the house, experiencing from detachable reflections on the outdoor patio.

The back patio overlooks Los Angeles, offering uninhibited views of the iconic city, full of light, life and luxury.

Inside this Desert Oasis Show House in California’s Coachella Valley