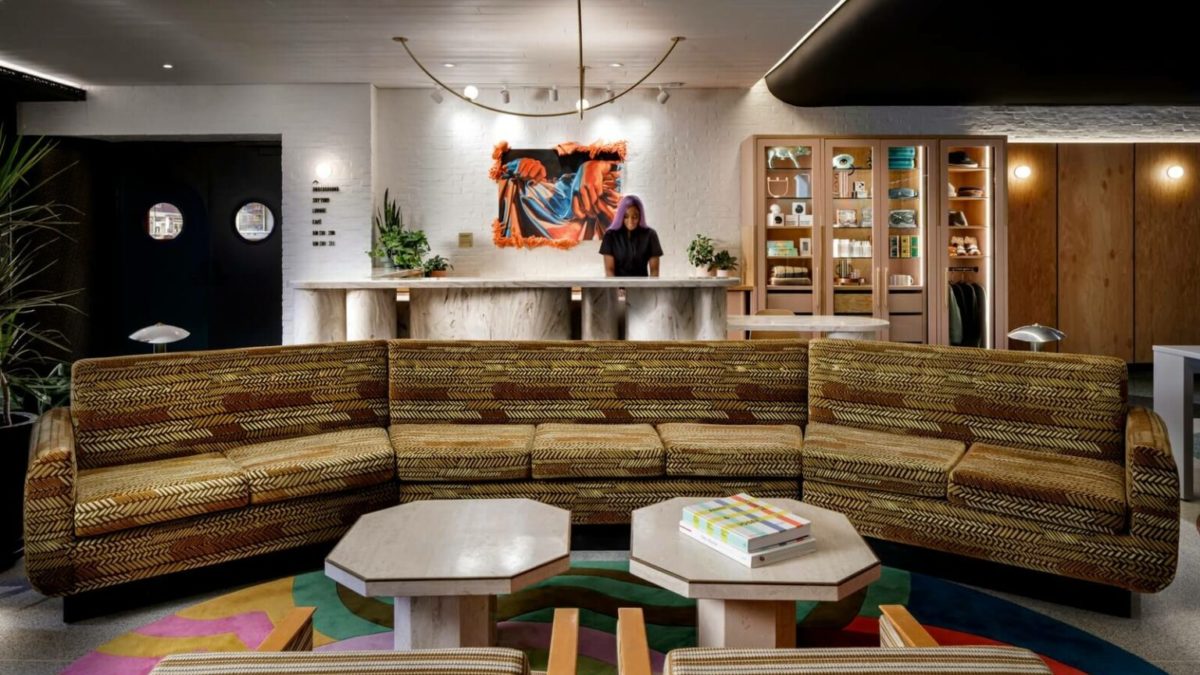 The Drake hotel located in the iconic West Queen West neighborhood in Toronto has a new wing-modern,fun and vibrant

For 17 years, West Queen West wasn’t exactly the neighborhood we know today and didn’t mean the same to Toronto. The opening of Drake ‘s Hotel changed the city. From a hidden corner to a worldwide famous symbol of art, fashion, and gastronomy. One of the coolest streets in the world, West Queen West, brings up life and art reflecting the young demographics and creative vibes. This is, in part, due to this Drake hotel that almost celebrates 20 years of existence and now opens a completely new wing.

The Drake Hotel In Toronto

Similar to what happened in St Pancras Renaissance Hotel in London, The Drake Hotel change completely the perception of the city forever and turned it into an event. In the lobby of the trendy and full of art, this hotel comports guests and local residents. Design to them, the space presents a coffee area, have a cocktail, work, or simply be inspired by the aesthetic and energy of the building.

The new wing of the Drake Hotel embodies the historic late 19th century into new 32 rooms hospitality unit. Behind the huge brass doors, can be founded a colorful, fun, modern, and most definitely memorable space.

The New Unit in The Drake’s Hotel

Three design studios based in this neighborhood, West Queen West, teamed up to create a new unit in the Drake Hotel. Designers from the Design Agency, John Tong from+tongtong, and Diamond Schmitt Architects cooperate to create a new unit and blend their target audience needs. This new area is supposed to show how the hotel keeps being the epicenter of this vibrant scene, having a huge impact on the unit, neighborhood, and the city.

This unit presents a bright, modern, and extremely artsy common space with an elegant lobby and a cozy bar behind red velvet curtains. With eclectic mid-century elements on the decoration and a stained-brick fireplace an image of classic hospitality spiced up with a bold design flair emerge. A banquette, flanked by two pillars and upholstered in bright mid-century walnut print is the star of the lobby while a sculpted reception desk frames the artistic image of the lobby.

Is a fact that the hotel has a strong connection with the city, particularly its streets. The Lobby Bar interacts with Queen Street, and the full-height curved window in the new Lobby Bar proudly draws the maximum attention to it.

As residents of West Queen West and avid travelers, the team of three designers added some personal taste to this new part of Drake. The rooms are comfortable, modern, and full of vibrant colors. The energy and life are presented in the graphic wallpapers, zingy, rugs, and modern furniture pieces.

The Drake Hotel celebrates 17 years since its opening day and has become a cultural,economic, and social focal point of this neighborhood with a notorious and mature aesthetic – timeless and confident this design presents high-quality objects filled with elegance and vibrance.

Darryl Carter, the Interior Designer Behind this Outstanding Modern Home